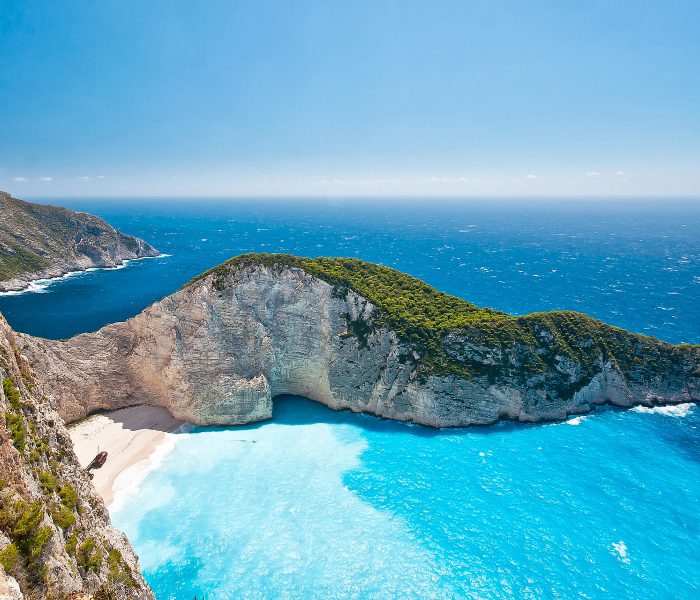 With the technical support of

Dr. Nikolaos Bourbakis received his BS degree in mathematics from the National University of Athens, Athens, Greece, and his Ph.D. in computer science and computer engineering, from the Department of Computer Engineering & Informatics, University of Patras, Patras, Greece, in 1983.

He has published more than 370 articles in refereed International Journals, book-chapters and Conference Proceedings, and 10 books as an author, co-author or editor. He has graduated 20 Ph.D.s and 40 Master students.

He is the founder and the EIC of the International Journal on AI Tools, the Editor in Charge of a Research Series of Books in AI (WS Publisher), the Founder and General Chair of several International IEEE Computer Society Conferences, Symposia and Workshops. He is or was an Associate Editor in several IEEE and International Journals, and a Guest Editor in 18 special issues in IEEE and International Journals related to his research interests. He is an IEEE Fellow, a Distinguished IEEE Computer Society Speaker, an NSF University Research Programs Evaluator, an IEEE Computer Society Golden Core Member, President of the BAIF Foundation, an External Evaluator in University Promotion Committees, an Official Nominator of the National Academy of Achievements for Computer Science Programs, External Evaluator of Informatics Departments and a keynote speaker in numerous International Conferences. He is also listed in many organizations (Who’s Who in Engineering, in Science, in Education, in Intellectuals, in Computer Engineering, AMWS, List of Distinguished Editors, etc.)

George A. Tsihrintzis | Full Professor, Head of Dept of Informatics - University of Piraeus

GEORGE A. TSIHRINTZIS is a Full Professor in the University of Piraeus, Greece and Head of its Department of Informatics. He received the Diploma of Electrical Engineer from the National Technical University of Athens, Greece (with honors) and the M.Sc. and Ph.D. degrees in Electrical Engineering from Northeastern University, Boston, Massachusetts, USA. His current research interests include Pattern Recognition, Machine Learning, Decision Theory, and Statistical Signal Processing and their applications in Multimedia Interactive Services, User Modeling, Knowledge-based Software Systems, Human-Computer Interaction and Information Retrieval. He has authored or co-authored over 300 research publications in these areas, which include 5 monographs and 15 edited volumes.

He has supervised 8 doctoral students who have received their doctoral degrees and is currently supervising an additional 7 students.

He has guest co-edited 8 special issues of international journals.

He also won one of the Best Applications Papers Award of the 29th Annual International Conference of the British Computer Society Specialist Group on Artificial Intelligence, Cambridge, UK, December 15-17, 2009, for co-authoring a paper titled: “On Assisting a Visual-Facial Affect Recognition System with Keyboard-Stroke Pattern Information.”

He also won one the Best Paper Awards of the 5th IEEE International Conference on Information, Intelligence, Systems and Applications for co-authoring a paper titled: “Genetic-AIRS: A Hybrid Classification Method based on Genetic Algorithms and Artificial Immune Systems.”

He was Keynote Speaker at the 7th International KES Conference on Information, Intelligence, Systems and Applications (IIMSS2014), Chania, Greece, 18-20 June 2014

He was Keynote Speaker at the 29th IEEE International Conference on Tools with Artificial Intelligence (ICTAI2017), Boston, MA, USA, 6-8 November 2017

Georgios P. Heliades is an Associate Professor at the Technological Institute of Ionian Islands. He has studied Computer Science at Loughborough University (PhD), Human-Computer Interaction at Heriot-Watt University (M.Sc.), and Informatics-Software Engineering at Technological Institute of Athens (B.Sc). In the course of time, he has cultivated a rich professional, research and teaching experience in the wider IT area, which spans from the telecom business to HCI teaching to field recording of local cultural content at the Ionian Islands country province. His research interests include Human-Computer Interaction in the era of new media, mental models in design and cultural field recording. He has produced a number of scientific publications related to the above topics and has been a member and director on a number of related research projects and academic conferences. He is currently appointed as a Vice-President of the Department of Digital Media and Communication at Kefalonia, working on the department’s media and user experience research infrastructure.

PhD Computer Engineer, Entrepreneur, University Lecturer and Department Head with extensive, hands on experience over the past 20 years in Digital Marketing, Digital Media, IT product design and management. Lecturer in Computer Science/Digital Media and director of the Mobile Applications and Tourism lab at the Digital Media and Communication Department of the Technological Educational Institute of the Ionian islands in Greece. Previously Head of the Digital Media and Communication Dept. at the Technical University of the Ionian Islands in Greece. Work experience environment includes both the public sector (academics/research) and the private sector (as an entrepreneur who founded and ran a Digital Marketing firm in Greece for several years). Extensive experience in Digital Marketing, Project Management, Digital Tourism services, Team Management, Public Speaking and Problem Solving. Digital Marketing and Teaching are both a mission and a passion. He has published more than 30 papers in peer reviewed International Conferences and Journals that have received more than 120 citations

Katerina Kabassi is an Assistant Professor in Software Engineering in TEI of Ionian Islands. Her leresearch focuses on the evaluation of software based on inspection or empirical methods using several methods among which are multi-criteria decision making theories. Other research projects that she has participated involve Knowledge-based Software Engineering, Human Computer Interaction, Personalization Systems, User Modeling, Web-based Information Systems and Educational Software.She has authored over 100 articles, which have been published in international/national journals, books and conferences. She has served as a member of Program Committees and/or reviewer of several International conferences and reviewer of 26 international journals in her research areas.  She has organized two summer schools and a special session in an international conference. She has served as the principal investigator or co-investigator in 22 research or development projects.

Spyros Polykalas received his Degree (BEng) from the Polytechnic Faculty of University of Patras in 1994, and Doctoral Degree in 1999 from the School of Electrical and Computer Engineering of National Technical University of Athens (NTUA). From 1999 until 2001 he worked as a scientific associate in NTUA and from 2001 to 2008 he worked as Special Scientist in Hellenic Telecommunications and Post Commission (EETT). In 2008 joined the faculty of the Department of Business Administration of the Technological Educational Institute of the Ionian Islands, as an Assistant Professor. From 2014 holds a position of an Associate Professor in the Department of Digital Media and Communication. His main scientific interests are related to the provision of Electronic Communication Services. In particular he has more than 20 years of experience in issues such as performance evaluation of Intelligent Broadband Networks, economic-technical models of telecommunications networks, legal/regulatory framework for telecommunications and information technology and personal data privacy. Spyros Polykalas has been participated in several national and international projects related to provision of electronic communication services. He is a co-author of two scientific books, while his research work in the above mentioned fields has been published in international journals and has been presented in international conferences.